One of the current core tenets of the NCAA’s identity and business model will be illegal in the state of California starting in 2023.

Gov. Gavin Newsom has signed into law the Fair Pay to Play Act, which says colleges in California cannot punish their athletes for collecting endorsement money.

Colleges reap billions from student athletes but block them from earning a single dollar. That’s a bankrupt model.

I just signed the Fair Play to Pay Act with @KingJames — making CA the first state to allow student athletes to profit off their name, image, and likeness. 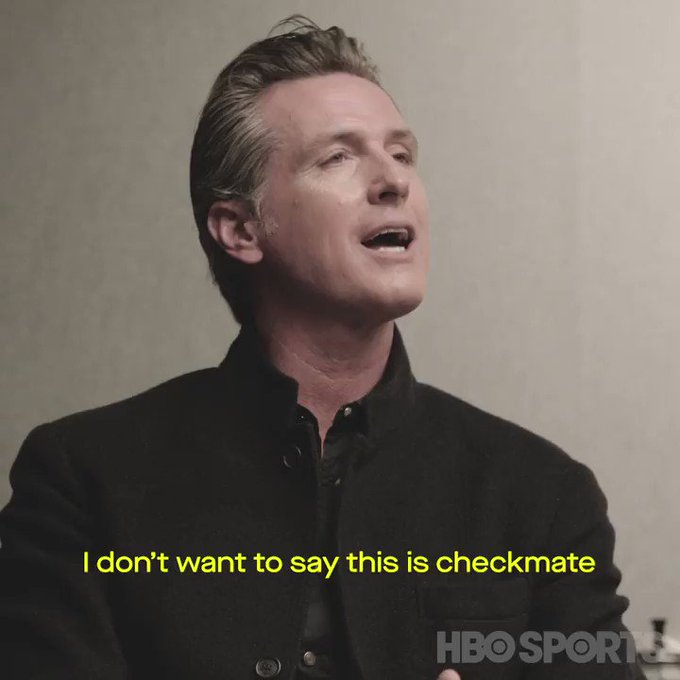 The signing was hosted Monday morning by NBA superstar LeBron James and his multimedia platform The Uninterrupted. James tweeted that the bill will “change the lives of countless athletes who deserve it!”

The NCAA, in response to Newsom’s signing of the bill, said it would continue its effort to make “adjustments” to its rules “that are both realistic in modern society and tied to higher education.”

“We will consider next steps in California while our members move forward with ongoing efforts to make adjustments to NCAA name, image and likeness rules that are both realistic in modern society and tied to higher education,” the NCAA said in a statement. “As more states consider their own specific legislation related to this topic, it is clear that a patchwork of different laws from different states will make unattainable the goal of providing a fair and level playing field for 1,100 campuses and nearly half a million student-athletes nationwide.”

Advocates of the new law say Newsom’s approval marks the most significant step in a decades-long battle to create new compensation options for NCAA student-athletes. The law, which is scheduled to go into effect in January 2023, does not require schools to pay athletes directly as employees. Instead, it makes it illegal for schools to prevent an athlete from earning money by selling the rights to his or her name, image or likeness to outside bidders.

The law also allows college athletes to hire a licensed agent to represent them. The bill was amended several times, including a recent provision that prevents athletes from signing endorsement deals that conflict with their team’s sponsors. For example, a basketball player could not wear Nike products during team events if he or she plays for a school that is sponsored by Under Armour.

Current NCAA rules do not allow players to accept any compensation related to their status as a college athlete from outside sources. The organization’s board of governors and its president, Mark Emmert, both sent letters to California lawmakers earlier this year asking them not to pass the bill. Emmert called the bill an “existential threat” to the college sports model in a recent interview with CBS Sports.

NCAA board of governors chair Michael Drake told ESPN that the NCAA wants to “evolve” and “modernize” its approach to name, image and likeness rights, but fears that California’s bill has the potential to blur an important distinction between professional leagues and amateur college sports.

“We’re not the association of the 20th century,” Drake said. “We need to make sure we have 21st-century rules. We want to continue to change appropriately for the future.”

The NCAA assembled a group of university presidents, athletic directors, and conference commissioners earlier this year to examine ways it might update its current policies. That group is expected to report its findings to the board of governors at some point in October. Drake, who spoke to ESPN before Newsom signed the bill, said the NCAA preferred that California give the association time to adjust its rules to avoid a situation where schools in different states are operating with different rules.

State Senator Nancy Skinner, who first introduced the Fair Pay to Play Act in February, said she is also hoping the change will occur on a national scale. She said the NCAA has had decades to update its rules and needs legislative pressure to be spurred into action. The NCAA has formed committees in the past, one in 1998, to review its compensation rules.

Skinner believes others will follow California’s lead and said the law’s authors intentionally delayed its implementation for three years to give others a chance to catch up. She said lawmakers from several states have contacted her office in recent months to ask about her proposal. Politicians in Florida, New York, Washington state, Colorado, Maryland, North Carolina and South Carolina have publicly supported the idea of creating similar laws in their states.

Rep. Mark Walker, R-N.C., has proposed a change to federal tax code that would force the NCAA to choose between giving athletes the rights to their name, image and likeness or risk losing their tax-exempt nonprofit status. A representative from Walker’s office said the California law has given added momentum to the proposal, which is currently in the House Committee on Ways and Means in the early stages of the legislative process.

Arizona State football coach Herm Edwards told ESPN in August that he’s not certain how he feels about the concept of college athletes making money in general, but hopes that other states would act to make sure California didn’t have a different set of rules. Edwards, who competes against four California universities in the Pac-12 Conference, said the ability for athletes to make money would create a major recruiting advantage for schools in the Golden State.

“I would think that they would have to give it to the [entire] Pac-12,” Edwards said. “You would hope it’s not just the state of California with that policy.”

The Pac-12 said Monday in a statement that it is “disappointed” in the passage of the bill because the conference believes it “will have very significant negative consequences for our student-athletes and broader universities in California.”

“This legislation will lead to the professionalization of college sports and many unintended consequences related to this professionalism, imposes a state law that conflicts with national rules, will blur the lines for how California universities recruit student-athletes and compete nationally, and will likely reduce resources and opportunities for student-athletes in Olympic sports and have a negative disparate impact on female student-athletes,” the Pac-12 said in its statement.

Skinner said she heard unanimous feedback in favor of the new law from female college athletes who have contacted her office in the past several months asking how they can help get it passed.

“For women, [college sports] might be the only time they can make any money,” Skinner said. “If women can market themselves, we have the opportunity to bust through and finally get the type of recognition and viewership that is deserved.”

Some athletic directors in California are concerned that the new law will actually put their schools at a recruiting disadvantage. If rules don’t change nationally before 2023, the NCAA says California teams would be banned from taking part in NCAA competitions. San Diego State athletic director John David Wicker said he’s concerned that no out-of-state schools will be willing to schedule games with his teams.

Wicker said if forced to choose between abiding by the state’s law and following NCAA rules, he would likely follow NCAA rules.

“We are the NCAA, and so if we have rules that dictate that you can’t monetize your name, image, and likeness based on the sport, and those student-athletes do that, then they’re going to be barred from competition until whatever is adjudicated,” Wicker told ESPN in August. “…[T]he state of California doesn’t regulate the NCAA in that sense.”

In other words, if California and the NCAA remain at odds in 2023, the Fair Pay To Play Act will likely lead to lawsuits that will require a judge to decide how it can be enforced. The NCAA contends the new law is unconstitutional because it violates rules that protect interstate commerce.

Skinner said, however, that multiple legal experts have assured her that the bill is constitutional. Furthermore, she said the NCAA’s assertion that it will ban California schools from future competition would violate federal antitrust laws.

“The NCAA has repeatedly lost antitrust cases in courts throughout the nation,” Skinner said. “As a result, threats are their primary weapon.”

A series of lawsuits, many of them filed in California courthouses, have chipped away at the NCAA’s compensation rules during the last decade. Former UCLA basketball player Ed O’Bannon filed a lawsuit in 2009 that eventually prompted the NCAA to allow schools to pay athletes “cost of attendance” stipends — typically between $3,000 and $5,000 based on the school — to offset the price of some education-related items not covered by a scholarship.

More recently, a judge ruled in March of this year that the NCAA couldn’t place any cap on the benefits schools could provide to athletes as long as the benefits are related to education. The federal judge, in that case, said that includes paying for items like computers, science equipment, and musical instruments.

The Fair Pay To Play Act breaks new ground by guaranteeing college athletes a chance to earn cash in an open-market system. Skinner says the law creates a variety of opportunities for athletes who want to take advantage of it. Star players may be able to make money from apparel contracts, autograph signings, and television commercial appearances. Less prominent athletes, she said, could benefit from things like being able to advertise their connection to their university team while teaching lessons to youth athletes or collect revenue from selling advertisements on social media accounts.

In the weeks preceding Newsom’s decision, several high-profile public figures voiced their support for the law. James and Draymond Green both touted the change as “overdue” and a potential game-changer for college athletes. Democratic presidential candidate Bernie Sanders responded to James on Twitter by saying, “College athletes are workers. Pay them.”

Others, like Heisman Trophy winner Tim Tebow and Washington State coach Mike Leach, have spoken out against the bill. Tebow, currently an ESPN analyst, said players making money would add to a selfish culture and take away from what is special about college sports. Leach suggested that California and its legislators had more pressing issues that should be occupying their time.

“California leads, that’s what we do,” Skinner said. “By restoring student-athletes’ rights, we’ve sent a clear message to the NCAA, our colleges, and the entire sports industry: Equity must be the overriding value.”

This article originally appeared on ESPN