Is homelessness caused more by drug addiction or housing costs? 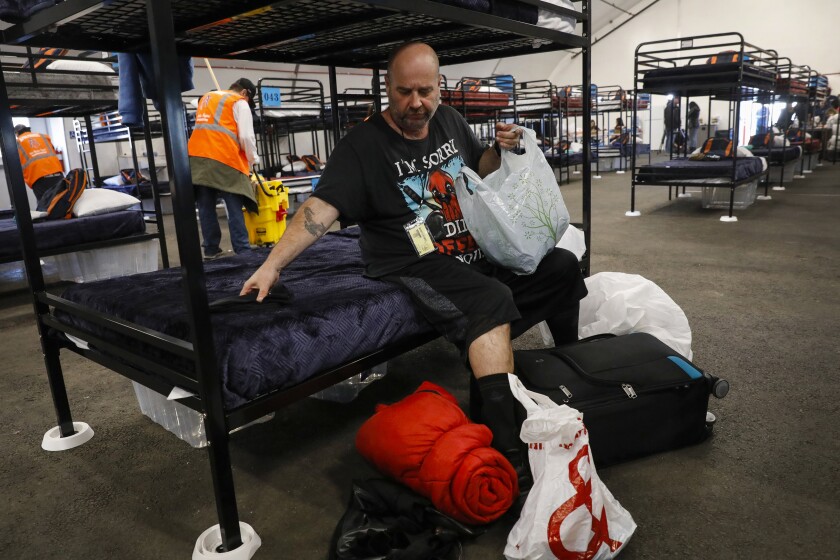 Q: Are mental illness and drug addiction more of a reason for homelessness than housing costs?

YES: Tough love is the solution to defeat homelessness. We must enforce existing laws against street loitering, camping, littering, defecating, urination, illicit drug use, and petty theft. Allow homeless to reside in a tent or camp on their own, provide port-a-potties and port-a-showers, mess halls, medical tents, and on-site service providers. These should include dedicated teams of mental health professionals, drug rehabilitation specialists, and vocational trainers — all paid for by the convention center expansion.

NO: Housing costs matter more, while both are part of the story. Some 25 percent of homeless have mental illness of some sort, compared to 6 percent for the general population. Thirty-three percent of all Americans have some sort of severe stress and anxiety. It is easy to imagine that living in cars and on the streets adds to this. Our inability to provide cheaper housing options is primarily political and regulatory, but the impact on individuals is significant.

NO: It can be a mix of mental illness, addiction, PTSD or escaping abusive situations, but high housing costs and high cost of living are a significant factor. Following Hawaii, California is the most expensive U.S. state. It’s estimated that California’s homeless residents make up nearly a quarter of the country’s total homeless population with Los Angeles, San Francisco, San Diego, and San Jose having the largest homeless populations in the state. This remains a very complex issue and not one where you can pinpoint a specific cause.

YES: Our recent research involved extensive interviews of more than 200 San Diegans experiencing homelessness to understand the underlying structural causes. Although about a quarter of those interviewed reported housing costs as a reason for their homelessness, more than forty percent cited problems from their childhood. These included mental or emotional abuse, frequent moves and school expulsion. These issues often culminated in mental health problems, low education and substance abuse. More housing is needed, but these root causes must also be addressed.

YES: Mental illness and drug/alcohol abuse are much more significant issues than have been recognized and responded to. I’ve been saying that for years. Certainly, housing costs are higher and availability is lower in San Diego and California than elsewhere nationally, but we’ve been ignoring behavioral health under-funding and inpatient under-capacity for far too long. If government would respond to these medical issues, we could really make a dent in homelessness.

YES: Studies on homeless populations show approximately two-thirds cite alcohol and/or other drugs as a major, and at times primary, reason for becoming homeless. Other reports indicate 33 percent battle mental illness. While substance abuse and mental illness may contribute to homelessness, arguably homelessness may lead to substance and mental issues. However, exorbitantly high housing costs with high demand and not enough supply being built clearly exacerbates and makes it that much more difficult to not be homeless.

YES: Much of the homeless issue stems from deficiencies in caring for persons who have mental health issues, whatever the cause. This stems from defunding and shuttering institutions going back to the 1970s. The problem has been exasperated by housing shortages. Also, some is caused by the carving out of the middle class in certain employment categories, and wages are insufficient. All of which points out that there is no unidimensional fix.

NO: Homelessness is caused when several unfortunate circumstances hit an individual (~2/3) or family (~1/3) at the same time. The top causes are generally understood to be housing costs, unemployment and domestic abuse (No.1 for women). Mental health and addiction are certainly prevalent among the homeless population (especially those visible on the streets), but do not represent the majority of cases and are usually in addition to one of the causes above.

YES: There were some real problems with mental institutions in the 1960s but the pendulum has swung way too far in the other direction. Our society is so crippled today by political correctness and protection of individual rights that we are no longer able to help these people or maintain a civil society. Defecating on the streets should be a criminal act for which we have a compassionate solution that does not run through the criminal justice system.

NO: HUD’s latest Annual Homeless Assessment Report to Congress reports that California had a homelessness rate of 33 per 10,000. This is much higher than the national average of 17 people per 10,000 and rates for other moderate climate states such as Florida and Texas. The high housing cost in California is more likely to be responsible for these gaps than are variations in mental illness and drug addiction.

NO: They are for the long-term homeless. Those problems make it difficult for those people to get and keep jobs that would allow them to find permanent homes. But for the short-term homeless, the big issue is the high cost of housing. The big increases in homelessness have been in cities that are doing well economically. The strong economies in those cities drive up rents and encourage property owners to replace affordable housing with more expensive units, as has happened in downtown San Diego.