San Francisco Mayor London Breed was heckled and jeered during a raucous community meeting Wednesday to discuss a controversial homeless center proposal along the city’s waterfront that has attracted dueling online fundraisers from critics and supporters.

“Homelessness is the number one problem that we face in our city. You cannot be upset about homelessness and then when I propose a real solution, then you’re upset about it,” Breed said while trying to discuss plans to build a 200-bed Homeless Navigation Center in the city’s Embarcadero section. 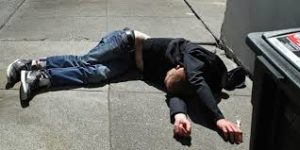 City officials described the planned facility and addressed security and noise concerns. The site is owned by the Port of San Francisco and is currently a parking lot surrounded by high-rise luxury condominiums. The center would occupy 44,000-square feet. A lease is planned for four years.

“Today was a sales pitch. It was not a community meeting, as evidenced by them focusing on the lighting, and the colors and the look and feel of the facility, and not what’s happening to the people on the inside,” said resident Chris Curtis, who lives near the site.

Breed – who in 2018 had announced a plan to create 1,000 new shelter beds within two years – was eventually shouted down by critics and cut her address short.

“Either you let me speak, or you leave,” she responded. “I can’t continue, but I will stay and listen to the comments. The least we could do is show respect for one another.”

The exchange was representative of the opposition from some waterfront residents who fear the 24-hour shelter will negatively impact the area and their quality of life, the San Francisco Chronicle reported.

“They all have mental health issues and drug and alcohol abuse,” said resident Shadan Golkar, who said she’d support low-income housing at the site, but rejected the idea of a homeless center.

Rival online fundraisers have sprung up in recent weeks to support and oppose the shelter. Critics raised more than $91,000 as of Thursday morning to hire Andrew Zacks, a land-use attorney, to oppose the project from moving forward. 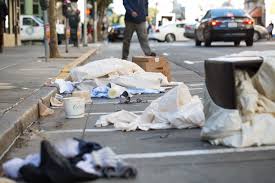 A competing fundraiser raised $162,000 to support the San Francisco Coalition on Homelessness, which supports the plan.

Matt Carson lives a block from the proposed site and brought his 1-year-old son to the meeting. He said he hopes to someday tell his child that his father and their neighbors “did everything we could to help the homeless. If this doesn’t happen, we’ll just keep seeing the same people in distress on the street,” he told the paper.

Jeff Kositsky, director of the city’s Department of Homelessness and Supportive Housing, pointed out the number of homeless people sleeping on the street.

“We counted 179 people sleeping outside on the street in the area one night and if we open this facility, all of those people could be indoors,” KTVU-TV reported.

The Port Commission will vote on the matter on April 23.