Chat with us, powered by LiveChat

A generation plans an exodus from California

California is a great role model for America, particularly if you read the Eastern press. Yet few boosters have yet to confront the fact that the state is continuing to hemorrhage people at a higher rate, with particular losses among the family-formation age demographic critical to California’s future.

Since the recovery began in 2010, California’s net domestic out-migration, according to the American community survey, has almost tripled to 140,000 annually. Over that time, the state has lost half a million net migrants with the bulk of that coming from the Los Angeles-Orange County area. 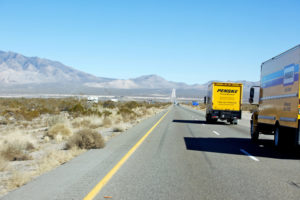 Is it time to pack up and head East? Some small companies in Southern California are moving logistics operations to Texas and other neighboring states to reduce overhead. (iStockphoto)

In contrast, during the first years of the decade the Bay Area, particularly San Francisco, enjoyed a renaissance of in-migration, something not seen since before 2000. But that is changing. A recent Redfin report suggests that the Bay Area, the focal point of California’s boom, now leads the country in outbound home searches, which could suggest a further worsening of the trend.
Who’s leaving?

One of the perennial debates about migration, particularly in California, is the nature of the outmigration. The state’s boosters and the administration itself like to talk as if California is simply giving itself an enema — expelling its waste — while making itself an irresistible beacon to the “best and brightest.”

The reality, however, is more complicated than that. An analysis of IRS data from 2015-16, the latest available, shows that while roughly half those leaving the state made under $50,000 annually, half made above that. Roughly one in four made over $100,000 and another quarter earned a middle-class paycheck between $50,000 and $100,000. We also lose among the wealthiest segment, the people best able to withstand California’s costs, but by much smaller percentages.

The key issue for California, however, lies with the exodus of people around child-bearing years. The largest group leaving the state — some 28 percent — is 35 to 44, the prime ages for families. Another third come from those 26 to 34 and 45 to 54, also often the age of parents.

The key: Too expensive housing, not enough high-wage jobs

Our analysis? California is in danger of pricing itself out for moderate wage earners, and particularly families. Taxes, poor educational performance, congestion and signs of slowing growth are no doubt contributing factors. But the big enchilada in California — by far the largest source of distortion in living costs — is housing. Over 90 percent of the difference in costs between California’s coastal metropolises and the country derives from housing. Coastal California is affordable for roughly 15 percent of residents, down from 30 percent in 2000 and 30 percent in the interior, from nearly 60 percent in 2000. In the country as a whole, affordability hovers at roughly 60 percent.
High housing prices hurt most young, middle-class and aspiring, often minority, working-class families. California’s prices are particularly bloated, over 161 percent higher, in comparison with national averages, in the lower-end “starter home” category. In Los Angeles and the Bay Area, a monthly mortgage takes, on average, close to 40 percent of income, compared to 15 percent nationally

Over time these factors — along with prospects of reduced immigration — will impact severely the state’s future. California is already seeing its population aged 6 to 17 decline. This reflects a continued drop in fertility in comparison to less regulated, and less costly, states such as Utah, Texas and Tennessee. These areas are generally those experiencing the biggest surge in millennial populations.

Today even some of the state’s determined progressives understand that taking the “California model” national seems implausible when significant numbers of Californians are headed in large numbers to red Texas or purple Las Vegas. Californians are not fooled; a recent USC Downside/Los Angeles Times poll found that 17 percent believe the state’s current generation is doing better than previous ones. More than 50 percent thought younger Californians were doing worse.

The old folks are not the ones most alienated. A survey by the UCLA Luskin School suggests that 18-to-29-year-olds are the least satisfied with life in Los Angeles while seniors were most positive. In the Bay Area, according to ULI, 74 percent of millennials are considering an exodus. It appears paying high prices to live permanently as renters in dense, small apartments — the lifestyle most promoted by planners, the media and the state — may not be as attractive as advertised.

California’s media and political elites like to bask in the mirror and praise their political correctness. They focus on passing laws about banning straws, the makeup of corporate boards, prohibiting advertising for unenlightened fundamentalist preaching or staging a non-stop, largely ineffective climate change passion play. Yet what our state really needs are leaders interested in addressing more basic issues such as middle-class jobs and affordable single-family housing.

The question is not how to handle a surge of new Californians, but how to prevent a greater exodus and perhaps even de-population. If that means replacing our current densification mantra with something that meets our demographic needs, so be it.

To find out what state is best for you, call 866-7EXITCA or go to www.ExitCalifornia.Org
This article originally appeared on TheOCR