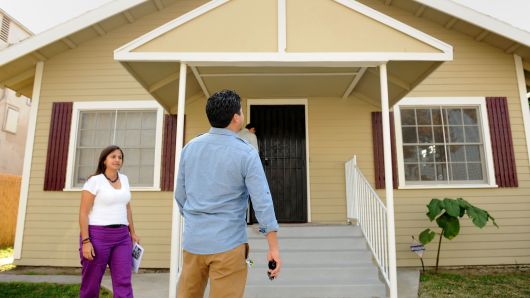 This article originally appeared on CNBC 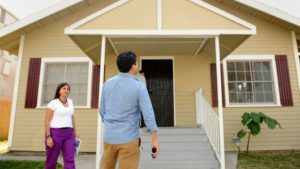 A millennial couple looking at a home for sale in Los Angeles.

LOS ANGELES — A growing number of Californians are contemplating moving from the state — and not due to wildfires or earthquakes but the sky-high cost of living, according to a survey released Wednesday.

The online survey, conducted last month by Edelman Intelligence, found that 53 percent of Californians surveyed are considering fleeing, representing a jump over the 49 percent polled a year ago. The desire to exit the nation’s most populous state was highest among millennials, the survey noted.

“California is a great, great place if you’re young and ambitious and daddy’s paying the rent,” said Joel Kotkin, a presidential fellow in Urban Futures at Chapman University in Orange, California. “It’s similar to New York with the same dynamic, and maybe more of it.”

Kotkin, who has researched California demographic and economic trends for decades, said he’s astounded when he asks his Chapman students whether they think they’ll be in the state in 10 years. “I would say the majority would say ‘no,’ — and many grew up in California,” he said.

“There’s no doubt that California’s economy, for all of its strengths when it comes to innovation and creating these industries that people want to be part of, is struggling with high costs,” said Aaron Terrazas, a senior economist with online real estate site Zillow. “Costs have gotten way ahead of incomes in California, and that’s making a lot of people think about whether it’s worth the hurdles.”

According to Edelman, 63 percent of millennials in the 2019 survey indicated they were considering a move from sunny California. The chief reason for dissatisfaction: housing.

When asked in general about what would make them leave California, 60 percent of millennials in the survey gave housing cost and availability as the reason. That was slightly higher than the general population (55 percent), although 65 percent of renters cited housing factors as a reason to leave.

Terrazas said millennials in California who are “tired of renting and looking to settle down and buy a home are finding it’s often out of reach for them.” He said this is especially the case in coastal job centers of the state, whether Los Angeles County or the San Francisco Bay Area.

“California just doesn’t strike them as reasonable,” the economist said. “The state has consistently seen much faster home value appreciation than most of the country, and the same goes for rent until about two years ago. Rents have begun to slow down, … although they remain at high levels.”

Even with higher average incomes in Silicon Valley, though, he said homebuyers now must spend about half of their pretax incomes on a monthly mortgage for a median home. The median home in the Silicon Valley market topped $1.2 million at the end of 2018, according to Zillow data.

Chapman’s Kotkin believes the next wave of discontent in California won’t necessarily be focused on housing costs but taxes.

“Taxes are a real killer if you’re upper middle class and whether you’re a younger person trying to buy a house or you just want to be able to spend what you make,” said Kotkin. “There’s also concern among people looking to retire and having their income taxed into oblivion.”

At 12.3 percent, California led the 50 states in 2018 with the highest top marginal tax rate, according to the Federation of Tax Administrators. And that doesn’t include an additional 1-percent surcharge for those Californians with incomes of $1 million or more.

“The tax bill made it worse,” Kotkin said, pointing out that the federal tax changes mean deductions for state, local and property taxes now get capped at $10,000. “State taxes have become a significant factor now. We’re getting into a situation where the middle class in California really can’t hack it.”

Overall, the Edelman survey involved a total of 1,900 California residents and was conducted Jan. 4 to Jan. 20. It said results were weighted to the Census to be representative of the state’s adult population.

A report from California’s Legislative Analyst’s Office last year indicated Texas, Arizona, Oregon and Nevada are popular destinations for relocating Californians. It also found families with kids and those Californians with only a high school education were most likely to flee to lower cost states than college-educated residents.

Finally, the survey found more than 60 percent of residents feel that the best days of living in California are behind instead of ahead. And a large number of residents are “ambivalent” toward tech as an engine of prosperity, the survey said.